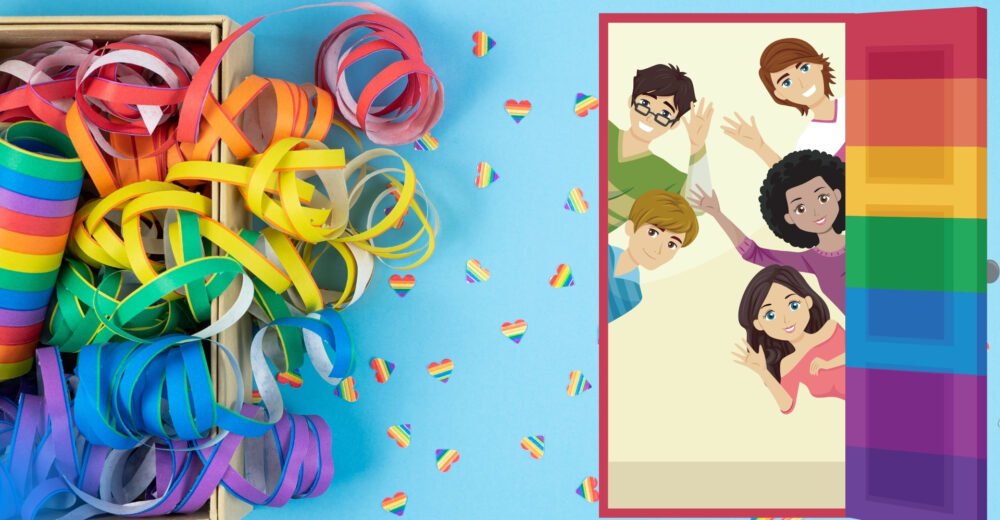 I identify as a gay man. Growing up, I always knew that I was different than other boys but, I did not know what to assign it. I thought I was just a nerd, someone who was too interested in books and studying to be thinking about girls. I would stand in those groups that boys form and only listen to them talk and would rarely ever contribute.

In 9th/10th, I slowly came to terms with the idea that I may not be straight. The internet can be credited with this realization. I would take the “Am I gay?” quizzes and then redo them.

In 11th, I came out to my sister in a late-night conversation. I had always been close with my sister. I knew which way she leaned in terms of queer people (She also had a gay friend in college). This, along with our earlier conversations on the topic, meant that at least in terms of her reaction, I was sure I would get a positive one.

That day, we were ranting about something, and I ended up coming out to her in a crying mess. As far as I remember, I had said, “I think I like boys”. She had calmed me down by saying, “It is perfectly okay” and that she will protect me at all costs. At that time, my internalized homophobia was intense enough that I went back into the closet and denial. I had sleepless nights, and then I decided to start accepting myself, little by little. So, I came out to my sister again at 16. I had felt amazing, different. Lighter, able to breathe better.

When I came out to my parents, my mom said that it was a phase and that I could not be sure if I was gay. I was told that I was too young to know these things for myself, but they eventually came around. Their concern comes from a place of love since they do not want me to face any negative reactions but, I decided that this was my decision to make so, I come out to people as I see fit.

Once in college, we had a speaker session. One of my batchmates had remarked that the speaker looked gay because of his voice and body movements, and then another guy imitated the stereotypical limp wrist. No one thought it was wrong or bigoted, or even if they did, they did not think it was bad enough to warrant confrontation. I also did not say anything because I was afraid. The worst part about this is that these people can’t even feign ignorance. They have no possible reason to claim the benefit of doubt. All of them consume enough Western media and pop culture to know what being gay means. They will never say anything homophobic explicitly and will claim to be liberal and ‘woke’. But get a group of them together and then you get a taste of how they think.

The internalized homophobia and the toxic culture meant that I had broken self- esteem. I found it difficult to take up space in public situations. I often tried to minimize myself as much as possible, physically. Shoulders hunched, eyes on the ground. I have anxiety and sometimes go through depressive episodes as well. I am also unable to show affection to my partner in public spaces. Even the suspicion can turn into something ugly if I am not careful. Coming out to people, again and again, is another challenge. Mentally evaluating every social interaction beforehand to know if it is safe or not is taxing.

It is important to start this conversation in rural areas and different languages so that queer acceptance does not remain a privilege restricted to the English-speaking in cities. I hope people would understand that queer people share the same kinds of hopes, dreams, aspirations, and fears. Unfortunately, it often takes someone in their close circle to be out as queer for people to unlearn bigotry since then they are faced with an internal contradiction. I wish empathy could be something we are all born with and did not depend on someone’s social circle.

I would say that allies can be found in the most unexpected of places, but come out only when you feel like you would be okay. Your safety should be the priority. The narrative around coming out is usually that it is a life-changing event that everyone NEEDS to have, but in reality, it works differently for everyone. Some people want to affirm their identity publicly while others do not, and both are perfectly okay.