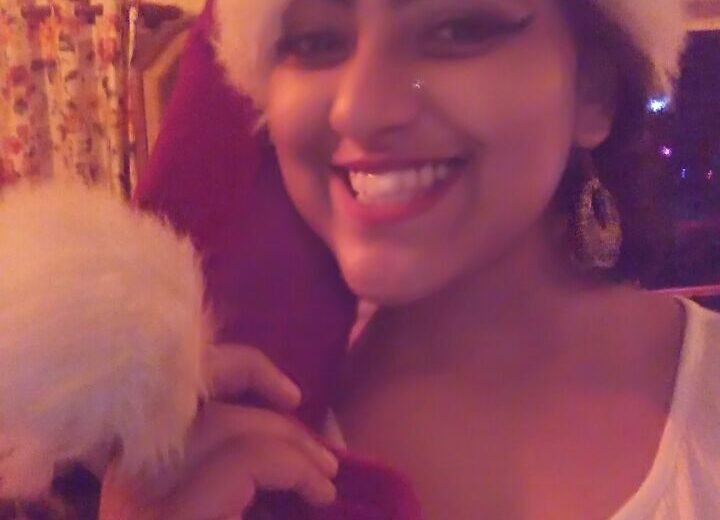 I’ve been in quite a few tight spots in my life, what with the vagaries of fate and human nature making us all subject to different kinds of joyous as well as trying experiences. Some of those were ordinary, mundane and very much along the lines of “ces’t la vie”. Others were just cruel and unnecessary.

The thing about difficult moments in life is that they almost always invoke difficult conversations.

And I’ve had quite a few of those as well:

I told my mom on the phone that her mother had just died, and that she had to fly back to us, ASAP.

I told my best friend that I cut myself.

I asked my mom to take me to a psychologist. I didn’t tell her why, and she knew better than to ask (wise woman, that one).

When I was 12, I dragged my mom to the washroom when she came to pick me up from the babysitter’s place, just so I could tell her that he’d touched me and I didn’t like it. And that it wasn’t the first time. It wouldn’t be the last either.

Last year I called my mom up to tell her I smoke. I made her cry.

I bade farewell to a pretty girl in hot-pants, who had just handed me a set of pink sticky-notes as a parting gift. I hugged her and wished her luck, knowing very well that she was taking the heart of the girl I loved to another city, with her.

When she did, I told the girl I loved that it was over. For the hundredth time. And then I finally stuck to it.

I fell in love again, miraculously. And I screwed up and had to draw enough courage to tell one of the most important people in my life “I cheated on you”. 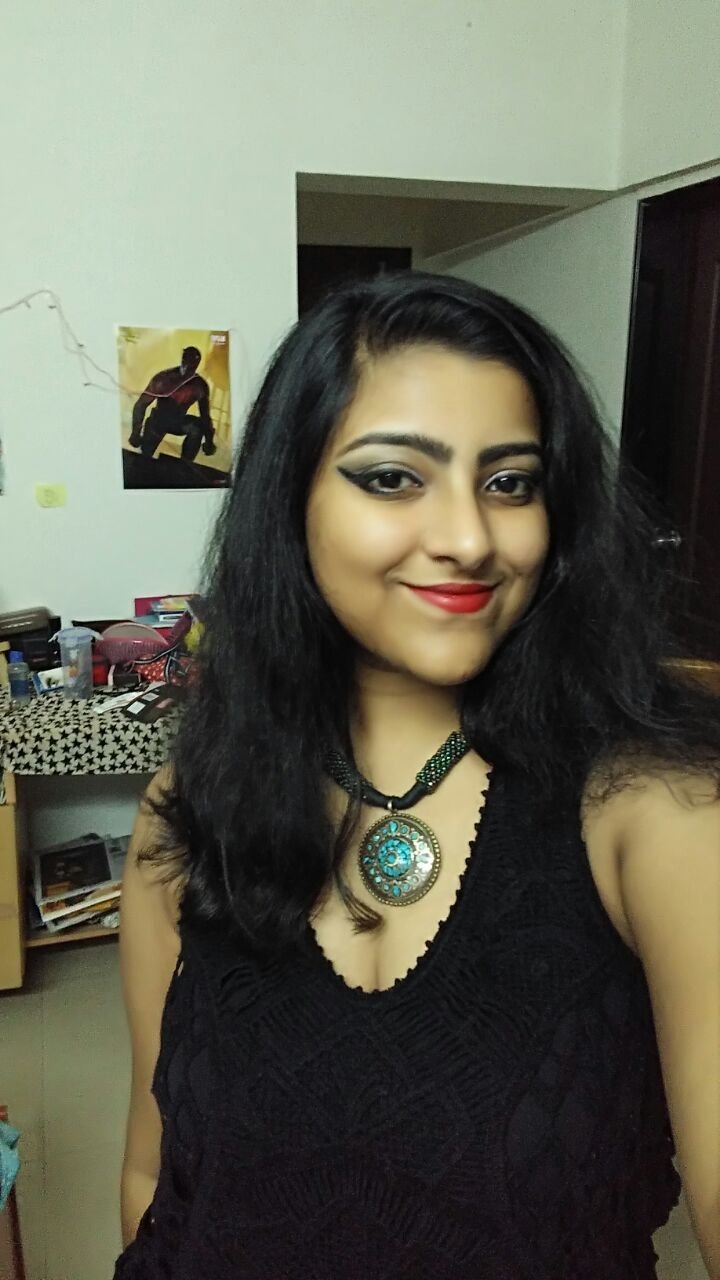 And that’s just off the top of my head. I probably have more of those than I have certificates and accolades (I have quite a few of those, mind).

But the point I’m trying to make, rather inefficiently I’m afraid, is that I have had quite a few difficult conversations in my life. But I cannot include my “coming out” among those. This is not because it was easy and I sailed right through the arms of honesty, then acceptance, all in one go.

Far from that, telling people was barely the first step.

I never directly or indirectly prepared anyone for what would be my impending queer-dom, because I myself wasn’t prepared for it. I didn’t set the stage for it as so many have done from the very beginning of their early adulthood. I was always a rebel, and also a geek. A bookworm and a scholar. A metal-head and a writer. I was never gay or lesbian or bi or anything else with a label that had a “lawless” entailment. As a teen, I never had any lovers or heartbreaks, I never looked at a girl and felt desire bubble through me, as obvious as the rising sun. I was from a small town where neighbors and distant relatives were unashamedly Islamophobic and homophobic and single-parent-phobic (is that a thing?) and not at all averse to polluting a child’s mind with fears more complex than she could comprehend. I was handed a set of rules and prescriptive behaviorisms and I followed those, diligently at first, restlessly later and then not at all. Because no amount of close-mindedness, ignorance or fear could keep me away from books, stories, the internet and other people with living, thinking minds. And once you see the light, you cannot pretend to not be in love with the world it brings to life.

My world was brought to life by such things.

But even then, I never considered myself as someone who would be attracted to other women. I stayed away from media that featured women romantically or sexually involved with each other. I developed numerous crushes on boys and despaired at never being able to fall in love. My friends were doing it, but somehow, I just could not muster that feeling in me. Not for a boy. And well, girls I praised, girls I admired, girls I ogled at and envied, but nothing beyond that.

When I think back now, I realize I wasn’t exactly lying to myself and hiding from falling for girls. I never fell for anyone because I hadn’t met someone like that yet. And since it was easier to channelize youth into accessible objects, I overtly crushed over boys. Very genuinely too. Today, I’m still very much a baby when it comes to experiencing life as an openly “bi” woman. It was, after all, only last year that I had my first experiences with another woman, as well as, fell in love for the first time. 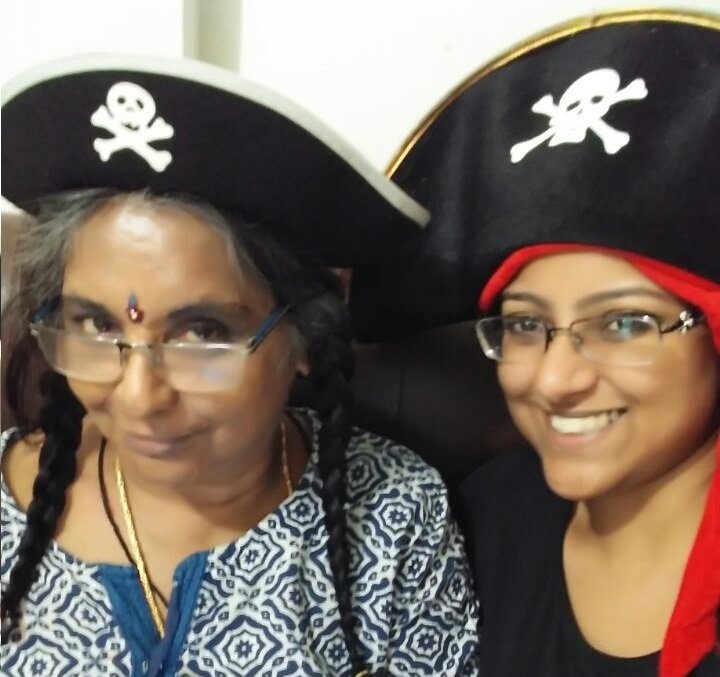 Kavya with her mom

My mother, while initially calm, then confused and disillusioned, is now my biggest ally. She loves the woman I love like she would love any prospective partner a child of hers might choose. She loves my love like she’s her own child.

If my mother despairs at my lifestyle, it’s because I come home smelling of smoke and cheap alcohol. If she isn’t satisfied with what I do with my life, it’s because I have potential (and clearly, modesty as well) and she can see that I am not utilizing it. If she worries for me, it’s because she has had to fix my every little-scraped knee and bruised elbow, and more, for the past 28 years, and I never seem to stop getting hurt.

I guess can say I have successfully come out to my family and my friends. My dad doesn’t speak much to me. My brother and my girlfriend are “bros”. My friends are absolutely gorgeous, even when they do not understand my absences or overall weirdness. Most importantly, I am finally, settling down mentally. And it is not so much an identity that I take back from all this, it’s an idea. I have decided to look at myself through my mother’s eyes. Now that I’m “out”, that is not the beginning and end of who I am. I am strong and kind and I am a good person. I am who I was always meant to be, and at any point of time, that is never just any one thing. I am all of it, all the time.

My coming out story is not a step out of a closet, but rather a coming into my own.

And I have most definitely arrived.