Every Day I Choose To Be Gay 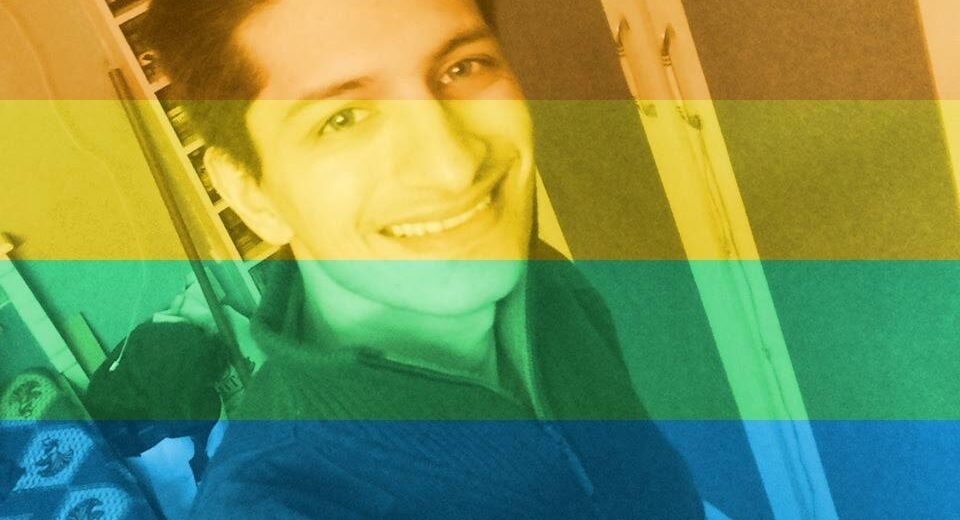 Coming out, what a strange ritual; unique to those of us who fall on the alternative side of the sexual spectrum. Do straight people have to tell their parents they’ve sexually awoken? “Mom, dad, I’ve realized I want to have intercourse with members of the opposite sex.” How weird would that be? I guess if I had to draw a parallel, the closest thing I can think of, is when girls have to tell their moms they had their first period. “Congratulations! You’re a woman now.” But I wasn’t asked to write about why we come out, I’m supposed to share my coming-out story. I’m not sure where to begin, hence the lengthy diatribe.

I’ll start by coming out to you. Hi, my name is Avichal and I’m gay. I came out to my mother back in 2006, while I was in the 12th standard. It was a different time. Tyler Oakley hadn’t discovered YouTube yet, Ellen Degeneres hadn’t graced our televisions, and if you had asked me what LGBT stood for, my first guess would have been some sort of sandwich.

I know this will sound cliché but at that time I was very confused. I didn’t know why I was confused. I was angry and I would rebel. I wasn’t putting on dark eyeliner and listening to punk rock, but I was lying at home and being mean to my mom. In my quiet moments, I would tell myself that I was acting like any other teenager. It was the hormones.

The truth was that I was struggling to come to terms with the fact that I liked boys. I was struggling to accept that this wasn’t a phase. I was gay. It took me a while to recognize what was bothering me. See, before you can come out to anyone else you have to come out to yourself. You have to own your own sexuality. I was struggling because I knew, even back then, that acceptance would not be universal. Eventually, I made my peace with myself but what next? I didn’t know any other gay people, I didn’t know who to talk to, and I couldn’t just go on my phone and find other gay boys who lived in my area. This was before Grindr was a thing. So no longer confused about why I was angry, I continued to act like a grade a B. It was at one of these times when I had misbehaved and I was being snarky to my mom that I realized this needed to stop. I needed to tell her. So I asked her to come into my room. Made her sit down and told her that I liked boys. Her first question to me was “Have you done anything?” I yelped and said NO! It was true, but even if it wasn’t there was no way I was going to talk to my mom about that sort of thing. She said, “Focus on your studies for now. We’ll deal with all this later.” I sighed and said, “Okay”. She smiled at me and said, “Look, I will support you no matter what. But I’m your mom and it’s my job to guide you. Your life is not going to be easy. You’re going to have to deal with things you can’t even imagine right now. So don’t rush into anything. Make sure you know what you’re doing because I don’t want you to look back later in life and regret anything. Just know that I love you and will stand by you no matter what you decide.”

I realized that day that coming out is only the first step in a long journey. I made that choice that day and despite everything, I’ve said I sincerely hope that every queer person in the world gets a chance to do the same. I’ve been living as an openly gay man for 10 years now. It’s been a wonderful journey. I’ve met a few idiots along the way but my life is so much richer and fuller because I don’t have to hide who I am.

I’ve met enough LGBTQ people in these 10 years to know how incredibly lucky I am. I have parents who allowed me the freedom to be myself, friends who stood by me as we discovered who we are and colleagues who didn’t bat an eye when they found out about my sexual preferences. Not everyone is so fortunate and I don’t have the gall to pretend like I have any words of wisdom.

But I will say this, you don’t have a choice when it comes to your sexuality, but there are so many other choices available to you. You can choose to surround yourself with good friends who don’t judge you and put you down. You can choose who you consider family. You can choose where you work and how you live. They are not easy choices to make but they can be yours. At the end of the day, that’s all any of us have: our choices and their consequences. So choose life, choose love and choose happiness. Choose to come out.