Let the sky fall, Let it crumble, We shall fight this out Together! 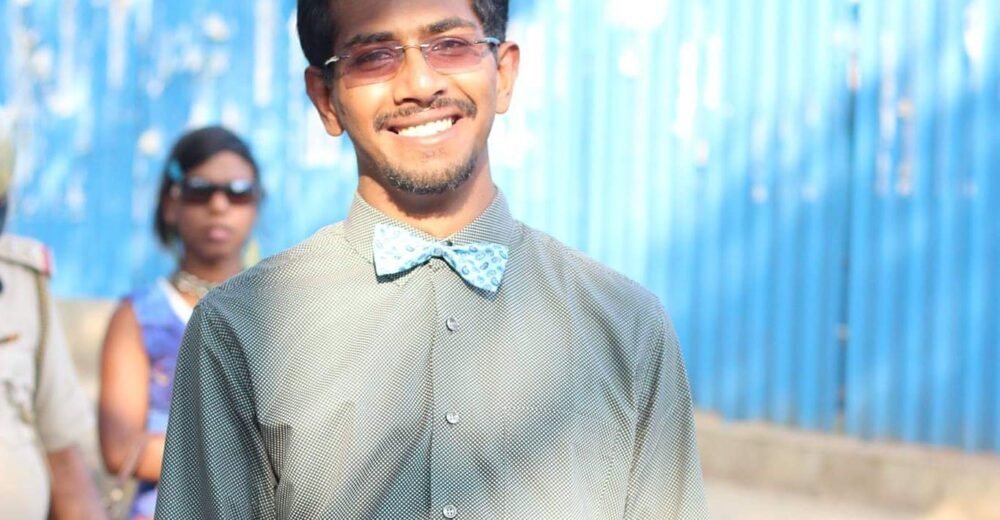 I’m Priyank and I’ve been out and proud for over 9 years now. But let me tell you where and how it all started.

Well, all through school I was attracted to a few boys in my class as I was convinced that it was pretty much the right thing to feel and I ridiculed other boys who hit on girls and actresses and so on. So at the age of thirteen with the help of my best friend, made me understand what being GAY was.  So that’s when I realized what a lovely term or label to fall under. Then a few months later I joined a lovely theatre group that helped me open my eyes to so many possibilities around me. I walked my first gay pride of 2008 in Bangalore.  Though I was masked I still came on camera and my mom found out too.

Well, I decided to come out to her and as much as I wanted the typical South Indian drama that everyone else got, that turned out to be a positive failure. She accepted me wholeheartedly and also vowed to convince my Dad. It’s a never-ending story as to how fabulous she is. She is the most supportive family member. Right from the time I came out to her and even 7 years later there’s so much change every day and it’s all positive.

My mother is one of those broad-minded humans that is very Queer friendly and sometimes a little too much. They say ” a way to anyone’s heart is through their tummy” but in my case, it’s my mother. Though all the boys I’ve dated my mother has always loved them. Our coffee table conversations are certainly way too detail and expressive. The other day I had a friend drop by my house on Deepavali and now she can’t seem to stop talking about him and how I must ideally date him. So this is the woman who gave birth to me and this is the woman who still loves me for who I am. I’m not really that proud of being gay than the fact I’m even more proud of having a mother like her. I have taken my middle name as her name only because she’s as important as my father is and yes let’s fight patriarchy!.

Dad was very hesitant for over 5 years, we hardly brought up the topic and I continued to bring a gay rights activist nonetheless. Eventually on the date 11.12.13 when the Supreme Court of India criminalized homosexuality my father sent me an SMS that read “I’m sorry to hear about today’s judgment. But you must understand no matter what I’m here with you and we shall fight this out together”. Truly made me the happiest gay boy in India when everyone else was in sadness.

Well, today I have realized the amount of harassment I have overcome but I also understand that it has only made me stronger. I studied at a reputed hospitality management institution in Maharashtra where I was ragged every night, physically and sexually harassed for being openly gay. But I stand today proud and with pride as an example to stand up to what you feel is wrong.

I believe there are so many students who need the help and support that I never got. In 2011 along with 2 other Queer people I Co-founded the Bangalore chapter of Queer Campus that set out to offer a safer space for Queer youth in Bangalore. As time passed I moved out of the group handing it over to the next set of young ones. At the moment I’m the founder of Queer Collective India, a social movement that aims at bridging the gap between society and us Queer folk.

I’m Chef Priyank Asha Sukanand. I’m a jolly Bangalorean,  a Pastry Chef and proudly Gay. I wish to spread my story to help inspire many more Queer individuals to come out and join me in making a difference, by standing up to what’s right.