Breaking of Closet and Boundaries 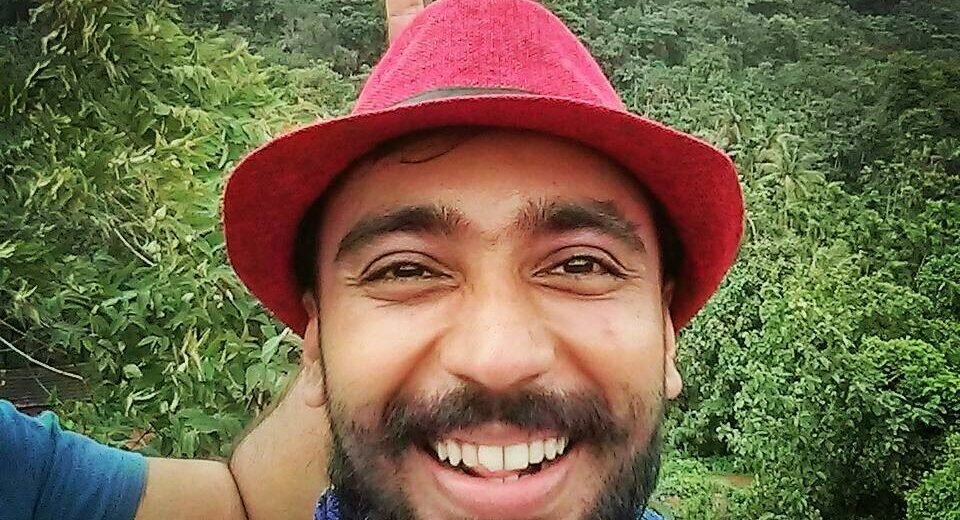 Coming out is never an easy experience for many & some can’t even find it possible to muster up courage to come out to their loved ones for they fear the backlash & alienation that can result from coming out & the fear of being a homosexual in India, where it has become unfortunately criminal, thanks to Sec 377 but also thanks to the social pressure & negative judgment that a lot of people harbor thanks to wrong information & various misconceptions. For me, my own experience wasn’t much different but now that I look back at it, I realized I did a good thing by coming out to my loved ones as it only brought me closer to them & removed that fear of hiding something important from someone who has seen me through my rough days & yet supported me despite all my mistakes.

My realizations began in 9th standard when I started feeling attracted to a sweet warden from my boarding school, who was kind to me. There was just something about some men that I found attractive & yet I couldn’t say much – maybe it was a phase or maybe it was natural, I thought to myself. Yet as days passed, I realized these attractions won’t go away & even tried dating a girl to explore myself. Yet in the end, I realized who I was & started plotting secretly to maybe settle in the US & then come out later once I was both finically & emotionally settled.

Yet as fate would have it when Indian HC passed the ruling, I was happy along with several others hoping that now maybe we could breathe a sigh of relief – considering the fact that our love was no longer a criminal offense. But tragedy struck both with the Supreme Court ruling & in my personal life when my father passed away & I started suffering from chronic depression. Thus in 2014, the combined pressure from my depression & my own guilt ended up making me take a bold decision – the decision to come out to my mother & my sister, the two strong pillar of support in my life. I still vividly remember that day – a bright sunny morning in lovely weather, maybe a sign that things would be alright soon.

Thus with my heart beating faster in tension, I called my mother to my room & shut the door. Looking into her eyes, I muttered that I wish to tell her something important. As the tensions soared, both of our expressions became serious as I was trying to muster the words to say to her. I started by narrating the feelings I had from 9th standard, the incidents & finally the three words that any gay closeted guy would find it hard to say – “I AM GAY”. My mother patiently listened to it all & I saw her expressions change from being tensed to shock to a blank expression & those few minutes still count as one of the scariest minutes of my life. Lest as it ended, she calmed down & asked for some time. Understanding her plight, I decided to give her some space & time which did help us both, hoping that everything would be alright. My mother did take her time, even considering whether it was just a ‘phase’ or maybe it was the influence of the TV shows & films that I have been watching.

Later, she went on & confided in my sister about what happened which further made me nervous yet as luck would have it, my sister encouraged my mother to understand that it was normal & that we should support him in his decision. Luckily for me, Satyamev Jayate was also airing at the same time & I made her watch the show. The show further helped her understand the situation better & she offered her support via the phone voting too. Thus as time passed & her understanding grew, she became more understanding of the situation that LGBT members deal with time to time – ranging from being kicked out to being abused & it brought tears to her. My sister, just like my mother is also an amazing woman & my acceptance wouldn’t have been possible without her aid as she is the one who explained to my mother as things like being born LGBTQIA+ is out of control of individual & no different than being born left-handed, not to mention that sexuality is neither a disease nor a disorder but rather something which is very natural & has numerous references in scriptures & folklore too.

My sister’s maturity & acceptance has made me realize that our siblings are often our strongest support system & we should often try to open up to our siblings first before we take the decision to come to our parents or elders. However, despite whom we ultimately come out, we should first remember to come out to ourselves first & accept ourselves for who we are – as self-acceptance is the first step to living happily and as we ultimately reach the point to come out to our families – we should properly think the decision thoroughly from both positive & negatives aspects since we need to understand that coming out is much like a double-edged sword – sometimes our family may surprise us by accepting us or it may pretty much turn into a fight, so take your time & think everything out before bursting out of the closet with sparkles & ribbons (pun intended). Yet also realize that what may come, please understand being born a queer person is not or will never be a sin but being ignorant & vengeful toward someone for being queer is a sin.

Thus, I would like to share some lovely words & valuable advice by Ashley Beckham who said – I think we all have closets. Your closet may be telling someone you love her for the first time, or telling someone that you’re pregnant, or telling someone you have cancer or any of the other hard conversations we have throughout our lives. All a closet is a hard conversation, and although our topics may vary tremendously, the experience of being in and coming out of the closet is universal. It is scary, and we hate it, and it needs to be done. Now, please view this through gay-colored lenses, but know what it takes to come out of any closet is essentially the same.

Number one: Be authentic. Take the armor off. Be yourself. Don’t approach someone defenseless when you yourself are completely read to wage a battle on them. If you want someone to be real with you, they need to know that you bleed too, so be real with them & be ready for their reactions.
Number two: Be direct. Just say it. Rip the Band-Aid off. If you know you are gay, just say it. If you tell your parents you might be gay, they will hold out hope that this will change. Do not give them that sense of false hope.
Number three, and most important: Be unapologetic. You are speaking your truth. Never apologize for that. And some folks may have gotten hurt along the way, so sure, apologies for what you’ve done, but never apologize for who you are. And yeah, some folks may be disappointed, but that is on them, not on you. Those are their expectations of who you are, not yours. That is their story, not yours. The only story that matters is the one that you want to write. So the next time you find yourself in a pitch-black closet clutching your grenade, know we have all been there before. And you may feel so very alone, but you are not. And we know it’s hard but we need you out here, no matter what your walls are made of, because I guarantee you there are others peering through the keyholes of their closets looking for the next brave soul to bust a door open, so be that person and show the world that we are bigger than our closets and that a closet is no place for a person to truly live.

Thus, be proud of who you are & live a happy life. Take care!