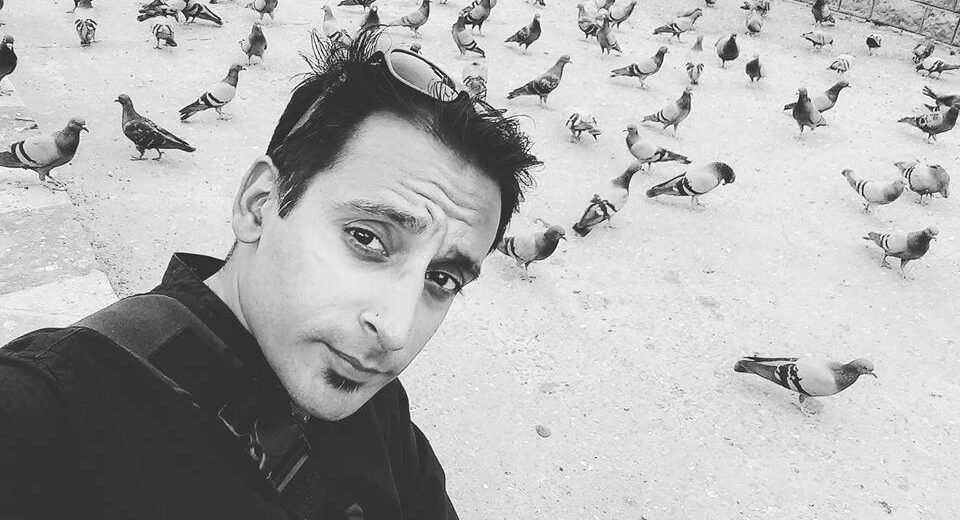 As the new academic year of my 6th grade began, there was a new classmate as usual. But this one had something special. He was so charming in his own notorious way, he could easily get away from problems, his dressing sense, his mannerisms, everything! I couldn’t help it but, fall for him. I believe that was the first clue of nature in discovering myself. But, life isn’t so easy, is it? It has its own unique ways of building us for a better tomorrow. Even though I was a district level player and was indulged in all sorts of the so-called ‘masculine’ sports activities, which my family had made me join to ward off the ‘sissy’ behavior in me, NCC was also one among them. And that one camp changed my entire life.

Anyone who has been to an NCC camp is very familiar with the term ‘Lota-Parade’. It simply is a code used at NCC for the morning session of pooping. We all cadets were supposed to go in a group of 10 at a time, dig a hole, do the necessary ritual and come back. Now, this was a major problem for a shy kid like me so, I decided to carry out my sessions of excretion post everyone is asleep at night. The initial 2 days went smoothly (pun intended) but, I was caught on the 3rd day. As it was the 1st time that I was caught in the act, I was left with a strict warning to which I did not pay heed and was again caught on the way 4th day. This time they gave me a punishment for which, I had to do 200 somersaults. On a very honest note, for a shy kid like me, 200 somersaults didn’t seem much of a deal and hence, I prepared myself to do 200 somersaults every time I’d be caught. Unfortunately, in any institution as disciplinary as the NCC, punishments get severe with repetition.

With my shyness overpowering me, I repeated the same mistake on the 5th day as well. But now, it wasn’t going to be as easy as 200 somersaults. “You never learn, do you?” one of the seniors said. His tone made me realize that nothing is going to be the same anymore. The seniors pinned me to a nearby tree and assaulted me sexually. The acts that they carried out were something I pray no one should ever go through. That night, was the first time ever, that I had a physical thing with a guy. Definitely not something that I had imagined of but, it had happened. A night that was now going to be my worst nightmare.

Somehow I wanted to get over everything that had happened to me at NCC but I couldn’t find any amount of courage to get over it all, and that was where I started drinking alcohol. The memories of that night wouldn’t leave me. I started losing my focus from my studies, I struggled to pass through my high school and then, even when I stood 70th in the entire country for IIHM, I couldn’t claim my seat in the institution as I was too scared to go through a mandatory physical test for the admission. The impact of that one night was such, that I discontinued my studies and started working. With the money chipping in from various jobs, I started drinking heavily and made a wall around me surrounded with so-called ‘friends’ and ‘lovers’. All of those illusions seemed perfect in my drunk state, till the year, 2008.

Till the year 2008, I had absolutely no idea about the activities carried out by the community as a whole. Somehow I started getting in touch with members of the community and life seemed so much better. By the year 2010, I had mustered courage and began talking to people who were around me. To my surprise, I felt that I was not alone. It was the best feeling in the world.

The year 2013 was the biggest turning point in my life. In the same year, I acquired a job in one of the most prestigious teaching institutions of India and the best part was that I didn’t have to be in the closet in front of my colleagues. The management also was so supportive of me and encouraged me to be myself. Post this, in February I attended the pride in Hyderabad and then it was time for the mask to fall off at my home.

My dad and I were on one of our regular evenings stroll when he asked, “do you want to talk about something?” I was puzzled and simply countered him asking, “what?!” I guess so he couldn’t keep it in anymore and asked me upfront, “Are you a homohos!?” I honestly wanted to laugh at his use of the word in such a typical manner, but couldn’t for I had understood the depth of the situation and instead said, “No dad, I am not a ‘homohos’, I am gay…” after a natural selection of the said words, situations at home took an unnatural turn and then, within a span of 2 days I had left the house on 14th of February. 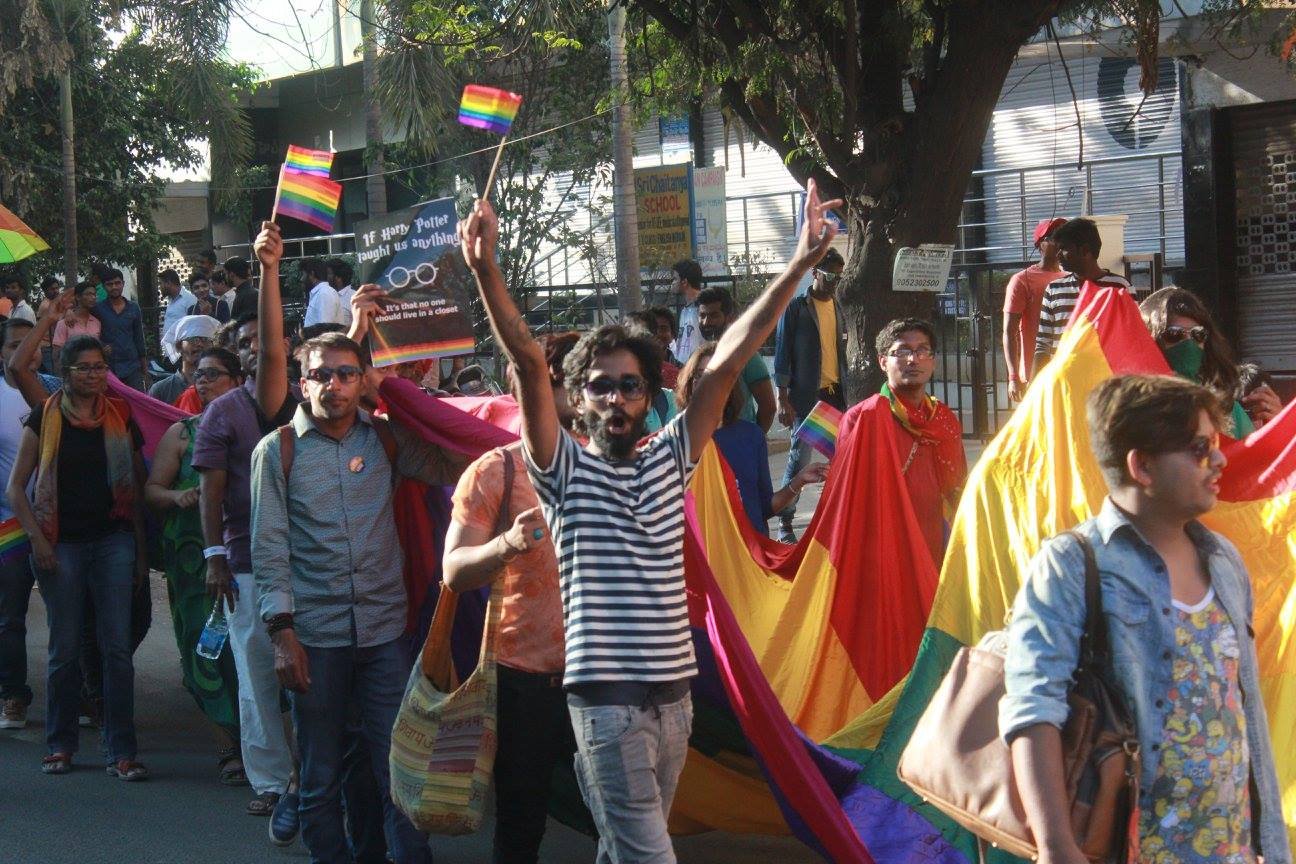 Avinash during the Hyderabad Pride

With nowhere to go, no roof over my head and 200 rupees in my pocket and 5 pairs of clothes, I stayed in a Gurudwara for 4 days, eating only one full meal a day. Soon I moved in a cute little one-BHK and started living my life. It was 24th February, my birthday and for the 1st time, I was alone on my special day. It was then that I realized how much I was missing my family.

A few months later I received a call from my parents to inform me that, my younger sister is getting married to someone out of the caste and I was responsible for it. They justified it by saying that it was my ‘wild behavior’ that led her as well to cross the line. The call was made to blame me, but actually to invite me for her wedding.

Accepting the invitation I went back to my parent’s house and this time things were slowly turning around. The arguments between me and my father had reduced so much that now we started arguing twice a week and eventually those arguments reduced to some valid and sensible conversations. I got to know that my father had carried out his own research on LGBTQ and had already started coming to terms with it. It definitely took time, but eventually, my father accepted me for who I am without any fuss about it. He did not only stop at accepting his son but he also now started supporting me. I still remember how consolidating he was towards me when I had come out of an 8-month relationship. I had never seen such a father of mine in my own life. I was on top of the world.