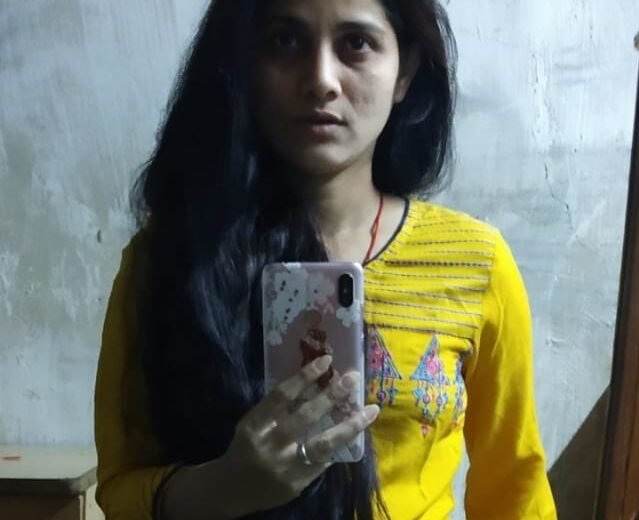 The labels gay and lesbian still confuse Prachi. While growing up, she never experienced the comfort she had with girls while interacting with boys. She met a boy twice, but she was not at ease – herself, as she clearly remembers. Prachi never had many friends either in school or in college. The support, the clarity friends provide was not forthcoming.

Still, she did not let anything come between her choices. Her father wanted her to marry after she finished junior college. She stood her ground and eventually pursued a diploma course in Travel and Tourism. Contended, she joined a travel agency, where she worked for many years at stretch.

Around the same time at the travel agency, she met a girl at an online chat room and comfort that she always yearned for was delivered. Prachi spoke for long hours, shared her heart as she has never done it with anyone else to date. Her partner, a bisexual girl from Nepal and she, fell in love.

As time passed, both of them visited each other’s’ country. Her partner even got herself a job in India. She spent two months at Prachi’s place. The companionship assured Prachi of her true self and she decided to let her family know. She wrote a letter to her father explaining everything – her relationship, her orientation. Her father never replied though, he maintained silence. He passed away last year.

Recently, she went to watch the film Ek Ladki Ko Dekha Toh Aisa Laga with her family. She mentions that her family accepts her as she is, they love her. Her mother is unaware, but her siblings understand. They encourage her to see other girls. They do not mention marriage at all.

The support was as distant as it could be at the initial stage. Her sister didn’t get along with her partner. And when her relationship went through the rough waters, Prachi tried to end her life. She was scared to her bones as she was brought to the police station when her family filed a complaint against the couple. She convinced the police, with difficulty, that they were only friends in order to avoid further obstacles towards the relationship. This was around the time homosexuality was recriminalized in 2013. The pressure put by Prachi’s partner’s family and the stigma in society forced the two apart. Prachi’s absolute confidence and fierce commitment took a hit there.

She still craves for the earlier affection, the comfort she had with her partner. Prachi still wonders what her partner intended, what her actions meant. She has no answers. She waits for the time they will be back together.

Currently, Prachi stays at home, fulfilling the responsibilities her grandfather left her with – taking care of her family and managing the family’s property. Her solace is in music and spiritual books. She observes her time as God’s will and seeks comfort in his hands.