Kiss of Acceptance : Trying to beat a score in Candy Crush 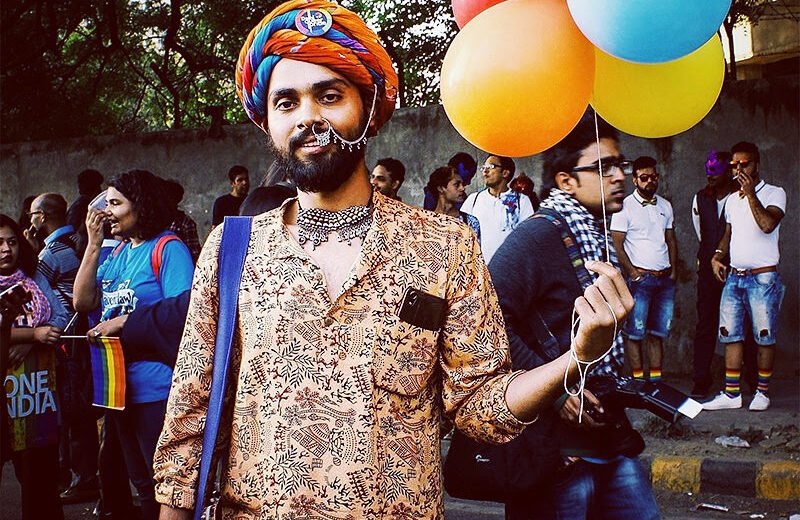 Never was I a part of the mainstream. Since my childhood, there was always something different about me. A little effeminate, nerdy, socially awkward and also to 94 kgs when I was 13! Well, even if I was a little socially awkward, I did make quite a few friendships which ended in disappointment. Oh! Also, I was a little emotionally sensitive, the teacher’s pet and the ideal cousin, whom you all hated.

I still remember my very first sexual encounter. It was when I was 6 years old and that happened with a teenage guy who after it said that it won’t be fruitful if I told anyone else about it. Since that day, I started exploring more and more about myself with friends and distant relatives. And then, love happened…

I fell in love for the first time at the age of 13. This is when I came out to myself and came to terms with my sexual preferences. Most of my college years, the CA curriculum consumed me and left me no time to wonder about my feelings. After completion of which, I met someone at my first job. I came clean to him in a few months, but was avoided by him and ended up quitting the workplace.

After that, I lived with my family for a year (my family was ecstatic about me moving with them that they left no stone unturned to guarantee I had a comfortable and luxurious new life). I knew there was no way I was going to find more people like me or even the true me living in a small town close to my family. As fate had it I got a job offer in Bangalore, and with the support from my family, I moved there.

I met my roommates through GoodAsYou, a Swabhava initiative (a massive catalyst in the process of me accepting myself) and the rest became history. We had common friends, common events and experiences we shared. It was and still is, a family away from family.

By March 2015 I was ready to tell my family that I am gay, tell them that I am not going to marry or have kids like they would have hoped. And then it happened. My dad had a heart attack, for which he had to go through a minor surgery and major lifestyle changes. He was supposed to relax, meaning I could not give any grave news to him. I told my sister. She said she was proud of me but this was not the time to tell mom and dad.

In August 2015, my mother came to Bangalore for my birthday.  We were sitting on the couch, I was thinking about the ways to tell her and she was trying to beat a score in candy crush. I started talking about failed marriages within our relatives and friends we had heard of recently. I told her that marriage is not a solution to people’s problems but usually becomes a cause for a lot of major problems. I told her I had a lot of personal goals that included me changing careers and cities a few times in my life. And a married life was not ideal for my planned (rather unplanned) path. When I saw her acknowledging what I was trying to say, I ended with “..And marriage is not a legal option for me as I like men”. She didn’t respond. I asked her to confirm, “Did you hear what I said?” She responded saying it was my life and I had the right to live it the way that makes me happy. She asked me what if I do not find a partner. I told her the community is very close and there are a lot of initiatives taken up by the community members. When I have more time, I will choose to work on these initiatives and keep making new friends in general.

I was concerned with her silence and later at night she called my sister and asked about it, my sister; who I had taken in my confidence already, told her it is okay to be gay.

Next day I took her to meet Vinay, a counselor I could rely upon so that she could ask the questions she had and we could start this journey of knowing each other again. She admitted that her fear was that the rest of the family, especially my father, will not accept me or will abandon me. I could assure her with the help of Vinay that whether I tell the rest of the family and what their reactions will be is unforeseeable and worrying about it was futile.

Over a period of time mom has asked me various questions and discussed her feelings about the social scene. We have discussed how law, religion and societal pressure come in the way of a person’s sexual identity and expression. She attended the Bangalore Diversity Fair and walked the Pride march with me in Bangalore in November 2016. I was happy that I could share this part of my life with her. After the Pride, she asked me curiously one day on the phone, if all these gay men had gotten rejected by girls and got pushed to be the way they are (gay)? I could empathize with her, and jokingly said to her, “Did you see how many good looking men walked the pride? Do you think they would get rejected by anyone?” Although that was not my best argument, she understood the point.

I have bought a few Hindi and Marathi books on sexual minorities from QueerInk and I am in the process of screening them to make sure it answers the questions she has or might have in the future.

For Diwali 2016, I went home to meet the rest of the family. I could see that they have pretty much accepted me as an adult now. That gave me the strength to come out to my brother whom I couldn’t connect with while growing up. I patiently listened to his reactions and told him to talk to our mother while I was gone.

I have visited home once after this and things are pretty smooth with the whole family. I continue to attend Pride marches. I am out to people close to me at work. I have started reading for pleasure again and working on improving my personal life, which I feel I had ignored for months to get better at work or involve myself with all the LGBT activism around me.

Finally, I can say I am at peace with what I have done places I have lived in and people I met, mainly because of the immense support of my family and friends. I am aware of the privileges I have enjoyed and my current desire to help new folks in the LGBT community accept themselves is a way to pay back for all the good things I have received.