Life Gets Better Together 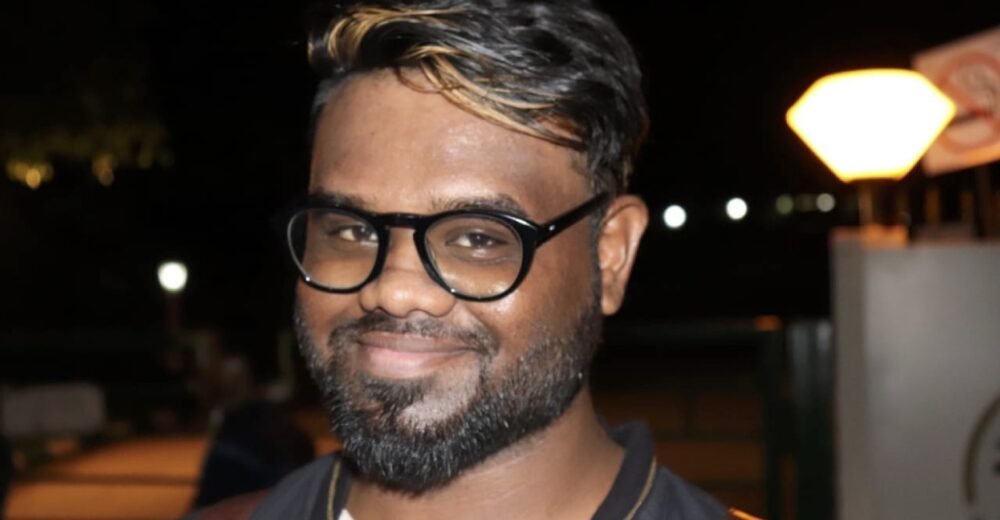 This is my story about a day, which changed my life. A change I was least prepared for.

One day, I woke up in the noon, feeling pangs of hunger. A friend of mine had walked into my home. Feeling groggy, I didn’t wish to get up but I overheard my dad asking unwanted questions to my friend.

I was shocked by those questions and woke up suddenly and asked my dad to stop, for which I got abusive words in return and was told to shut my mouth.

My parents said, “We decided to take you to the endocrinologist because you have been gaining weight these days. Let’s go for a thyroid check and also to a skin specialist for black dots on your face.

I replied that I was fine with that.

When I reached the hospital, I felt that something was wrong because there was no skin specialist. The hospital exclusively specialized in thyroid and hormones test.

I felt let down by my parents.

The doctor commented that I have good growth and asked why my parents brought me here. I told him that it was for thyroid test. The doctor then slyly asked if I felt any kind of different sexual feeling. I was taken aback and asked, ‘Excuse me. Pardon?’ He then replied, “See, because you are overweight, you might get attracted towards the same sex? Have you had sex with a woman or man before? Do you have any feelings for men?”

As I was so scared and not ready for such an abrupt coming out when I was only 22, I just told I was straight. The doctor asked what kind of feeling I get when I see women and why I didn’t have sex till now with a woman. He continued to ask uncomfortable questions.

I answered all the questions as though I were a straight person and walked out of the cabin without responding to my parents. I thought about asking them about this at home. But they told me to get home while they all went to my cousins’ home to this discussion further. In the midst of all of this, I observed that once I was out of the doctors’ cabin, my cousin walked in to speak something personal with the doctor.

That night, I struggled to sleep as I was crying throughout, as memories of what I had been through kept replaying in my mind.

The story continues from the following day where my dad started questioning my friend about my boyfriend.

Deepak (straight) who is the classmate of Sandipan (my boyfriend) came to meet me as he was going to Bangalore for the next 3 months. Dad, mom and my younger brother started questioning him and I confirmed that they had found out about my sexuality. Dad started hitting me and my mother cried. Not because my dad was hitting me, but because I was gay. My younger brother became wild and hit me badly on the face. Deepak and I tried to explain to them but unfortunately, we failed.

My mother crudely abused me.

My dad said I was a disgrace to our family, and that it is better that I die.

I replied, “As you guys already came to know about me, yes I’m gay and I work for the LGBT community and I don’t have any problem and I’m proud of who I am! Let me live my life.”

My dad told my mother, “Go and get petrol, I will burn him with it so that we can live in peace.”

I tried defending myself and Deepak tried his best, but he was abused and asked many questions.

Worried, I told Deepak, “Deepak, yaha se chale Jao, I don’t want you to get into any trouble.”

Mom caught hold of him and took Sandipan and his parents’ number from his mobile. Deepak left the place, looking anxious and dejected.

I was house arrested for 3 days and beaten up by my parents and younger brother.

As I hid my mobile in a safe place, I tried contacting Sandipan via Whatsapp.

Sandipan replied, “Ya I came to know that and I’m waiting for your message.”

I decided to flee home and Sandipan responded that he would be waiting for me.

After having dinner, everyone went to their room and pretended to fall into a deep slumber. As I sat in the living room, I waited for the right moment to run from home. I tried to open the main door 12 times as it had 5-6 locks. I was successful in my 13th time and waited for 15 more minutes. Suddenly, my mother woke up and shouted, asking me to go to bed.

Once again I waited and when I confirmed that they were in deep sleep at 2 am, I left home.

Roads were dark and empty, actually scary! I was running as fast as my legs could carry me as street dogs started barking.

My destination was Sandipan’s flat, which was just 1.5 km away from home. But I had purposely taken different routes to confuse anyone who followed me. It was around 3km and I felt hard to run as I was completely weak.

Once I entered the flat, we cuddled in a tight embrace and cried profusely, because my father worked in the police department and I knew he had the backing to make our lives difficult.

A call came from Vineetha who is a bisexual girl and Manush (gay), who waited for us near their home as we had decided to reach out to Vyjayanthi, an LGBT activist for legal advice to take further decisions.

It was around 6 when we reached Vyjayanthi’s place and woke her up and narrated the whole story to her. She suggested that I speak to a well-known lawyer to take their advice.

Feeling heavy-hearted and scared, I had my breakfast and was advised to stay silent for now and go on with life. If my parents took any action legally, we would be able to proceed further.

In the meantime, my parents realized that I had run away from home and started searching for me in all my friends’ places and Sandipan’s ex-hostel.

By that time, I had shifted to one of my queer friend’s (Om Prakash) flat where I was provided with shelter and food. As I just came out of the home with nothing, I had to shop for clothes. Meanwhile, I told everyone that I shifted to Bangalore as I had to lie about my whereabouts.

I started receiving calls from my parents. They started crying and tried to bribe me with a new bike, gold, and marriage in 6 months. I rejected them, proudly stating that I am born a gay, will die a gay by completing my life with my life partner whom I have given my promise to.

3 days passed. During this time, my friends received many calls and threats that a case would be filed and that all of them will be arrested if they don’t reveal my whereabouts.

One fine day, Sandipan, Vineetha, Manush and a few other friends decided to go to my house as my parents reached out to one of our straight friends who ran his own business.

They reached the place and all of a sudden, my parents, younger brother, cousin brother and sister tried to attack Sandipan and snatch his mobile which was a failed attempt as our friends were already prepared for the defense.

Many questions were asked and they made Sandipan promise them to leave me and forget all this LGBT, which Sandipan did not intend on doing, but he had to say so to make the situation better.

Finally, I decided to go back home to make them understand about my sexuality and give them some time to come to terms with it as I myself had taken 2 years to understand and accept myself.

Mala aunty (a queer parent), Vyjayanthi, Vineetha, Manush and my colleagues who knew me very well and came to support me by making my parents understand.

I had a conversation with my mother and she started crying badly, requesting me to return home. I pacified her saying that we are coming home and that I will explain everything to her. I also assured her that we could discuss this.

My mother refused to meet anyone, but me. Eventually, she relented to meeting Mala Aunty only.

Once I reached home, mom pleaded with me to stay back home but was not ready to discuss anything about LGBT and said, “once your dad comes home, explain to him”.

Mala aunty and Vineetha tried explaining a lot, but it was a failed attempt. So they left me at my place so that I could have a proper discussion with my parents.

Once my dad came home, we had a conversation.

My dad said, “Tell me what you feel and I will help you sort out things”.

I felt like that was a good chance to explain to him everything and gave him all the information and shared my feelings.

My dad replied, “If you regard me as your father, allow me to take you to a psychologist and let’s give a try if we can get any solution for the same.”

As my dad was trying to be a little friendly, I accepted his suggestion to meet a psychologist.

Having reached the hospital, we immediately met the junior doctor who asked me for my details. I had explained that the realization that I am gay isn’t new to me. I recognized myself as gay 7 years back and that I didn’t “become gay” because of my surroundings.

The junior doctor assured me that we would explain the situation to my parents, whereas the senior doctor said that he would need 3-4 days to make me straight. My parents believed it blindly but I did not fall for the trap. I snapped back if he could make a straight person gay. He said no, but argued that he could change a gay into a straight person. 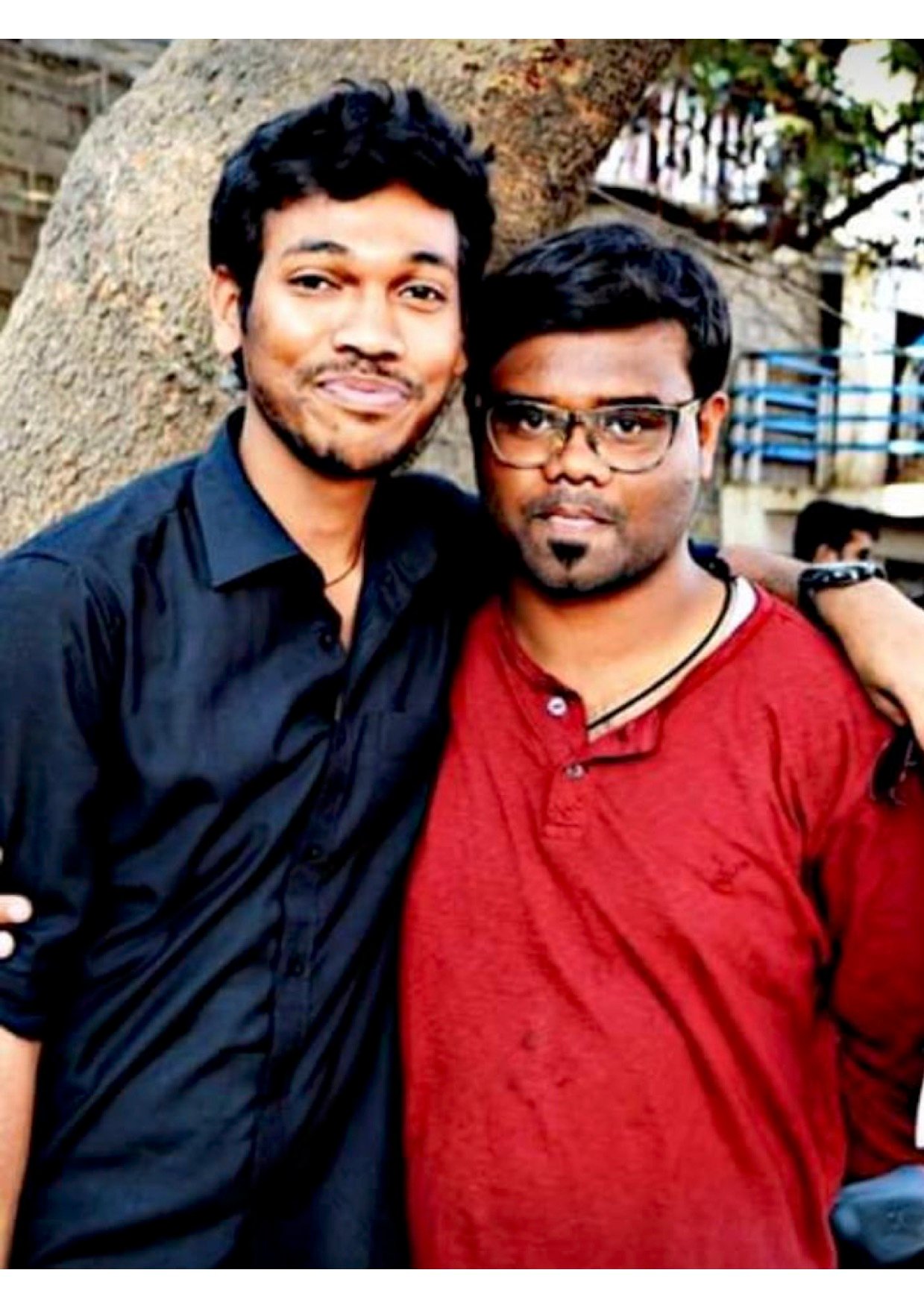 Anil with his partner Sandy

Although I persisted against this, I was pressurized by extended family to get admitted. I accepted just to prove to them that they wouldn’t be able to change me.

It was 5 in the morning. I decided to leave home and announce my final decision to everyone. I feel I have taken a big decision of staying with Sandipan, who makes me feel proud to be who I truly am. Inevitably I miss my family and cry thinking about them, but my few friends who were fearless in facing my parents are whom I call FAMILY now.

My decision was fruitful because we have completed 3 years in our relationship on 3rd August 2017 with a small engagement ceremony planned by my second family. We work with the local LGBT community and also actively participate in MIST events in the city and also have been leading a club called BENEFACTION CLUB HYDERABAD which provides basic needs to orphanages, cancer and HIV affected children, old age homes by spending quality time with them to bring happiness in their faces by sharing and caring.

I can only convey my gratitude to each and everyone in my life for standing with me during my most difficult times, I went through a lot as a 22-year-old who just started working at Amazon after graduation. I was not even ready to come out at that time.

At the end my motto is Life Gets Better Together. Be proud of Yourself.