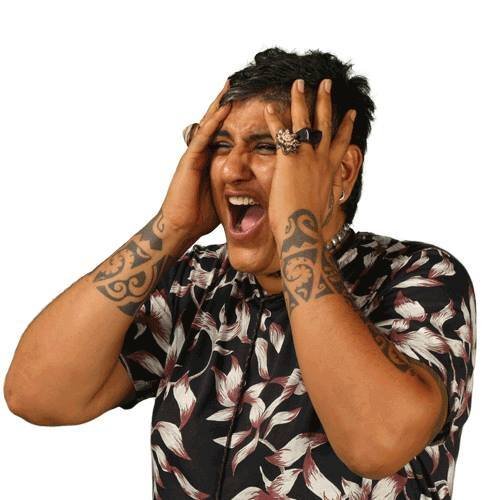 I was nervous when I was told that the next story I would write is going to be of Ma Faiza, a celebrity. I was a little apprehensive about meeting her, however my feelings were misplaced. More than welcoming to a stranger, our conversation quickly jumped to my writing style and she told me how I could make my stories more reader friendly and accessible to many rather than to a few. I am going to do that beginning with her account.

As a child, Ma Faiza looked for signs of unfamiliarity, unusual details – women heroes who were tomboyish, sporty, and less stereotypical. She was one of them. As a teenager, she was quick to realise that boys did not interest her. Interestingly, even to her, she ended up having sex with her boyfriend’s elder sister. It felt “so right” to her to do it with a girl. Though she wondered if she is a blessed one and going to have the most fish in the sea, was she a bisexual.

Ma Faiza was in London, nearly 18. The night after she slept with a girl, she walked in the sociology class and announced the case to the class, which clapped and cheered. The response was positive and the friends were supportive. Next, she really wanted to share the news with her parents. I wish the time I had on her couch, I had spent observing her more, instead of making hurried notes. She shared her story with abandon, enjoying laying bare the tiniest of details. Her facial muscles contracted in amusement of her own words. It was hard not to give in to the temptation to keep the pen down and just watch her eyes sparkle with joy throughout the conversation. She also raged silently as she spoke – a sign of long years of trying hard just to be herself, while everyone else expected only the opposite.

She was with her parents at Christmas and unlike the conventional matters a child could share with her parents – having sex with a man, smoking, having drugs; she sat up to say that I am a lesbian. Her parents dismissed it, they were upset. They regretted that she mentioned it. Ma Faiza asked for the simplest, though the hardest thing from them – “I need you to love me for who I am.”

She was not allowed to talk about her sexuality to the family. The environment at home was stressful, there were many arguments. They loved her but were scared for her. They did not want their child to suffer. That particular Christmas didn’t bring the family together.

At 20, she broke ties with her parents and moved out. She moved into a physically, mentally and emotionally abusive relationship. It was awful, violent, where Ma Faiza mentions she lost herself completely. She decided to die.

She took 48 tablets and slept, expecting to die. She woke up her three hours later, not dead. She took another 48 tablets and lay down to die. Her eyes did open again, albeit in the hospital. As her organs collapsed, doctors gave her a week to live. Her parents found out, rushed to the hospital and were made to listen Ma Faiza’s death speech, by their soon-to-be-dead daughter herself. Ma Faiza says it was an opportunity to say any fucking thing. She asked them that if by chance she lives, would they accept her and if not, they should just let her die. She didn’t die, apparently they didn’t allow her to. It turned out to be a turning point with her parents. It became clear to them who they have to love, their daughter or the fictional one in their head.

Ma Faiza considers all her experience an important part. She says that her parents were not the people they are now – proudest parents, ones who accept anything. The world has changed and they have too. 30 years have been long and hard for both the parties, and rewarding in the end.

I have chosen Ma Faiza’s exact words for the story. During our conversation, she shared much wisdom from her life which can be put into quotes and put on the social media, as is done for other role models. She appears to me as a Guru, her life a mantra. She urges everyone to come out immediately; she abides by truthful conversations and no compromises. Ma Faiza said, in simplest of words, “We all have our own challenges and also so much beauty in us.”

I had walked into her house just for a story, but I got more than I bargained for – writing tips, mint tea, books (which I have to return soon), more reading recommendations. I encountered a free spirit, one who is kind, joyful and an absolute pleasure to talk to. As I shuffled my notes, I realised I found a hero. Ma Faiza.